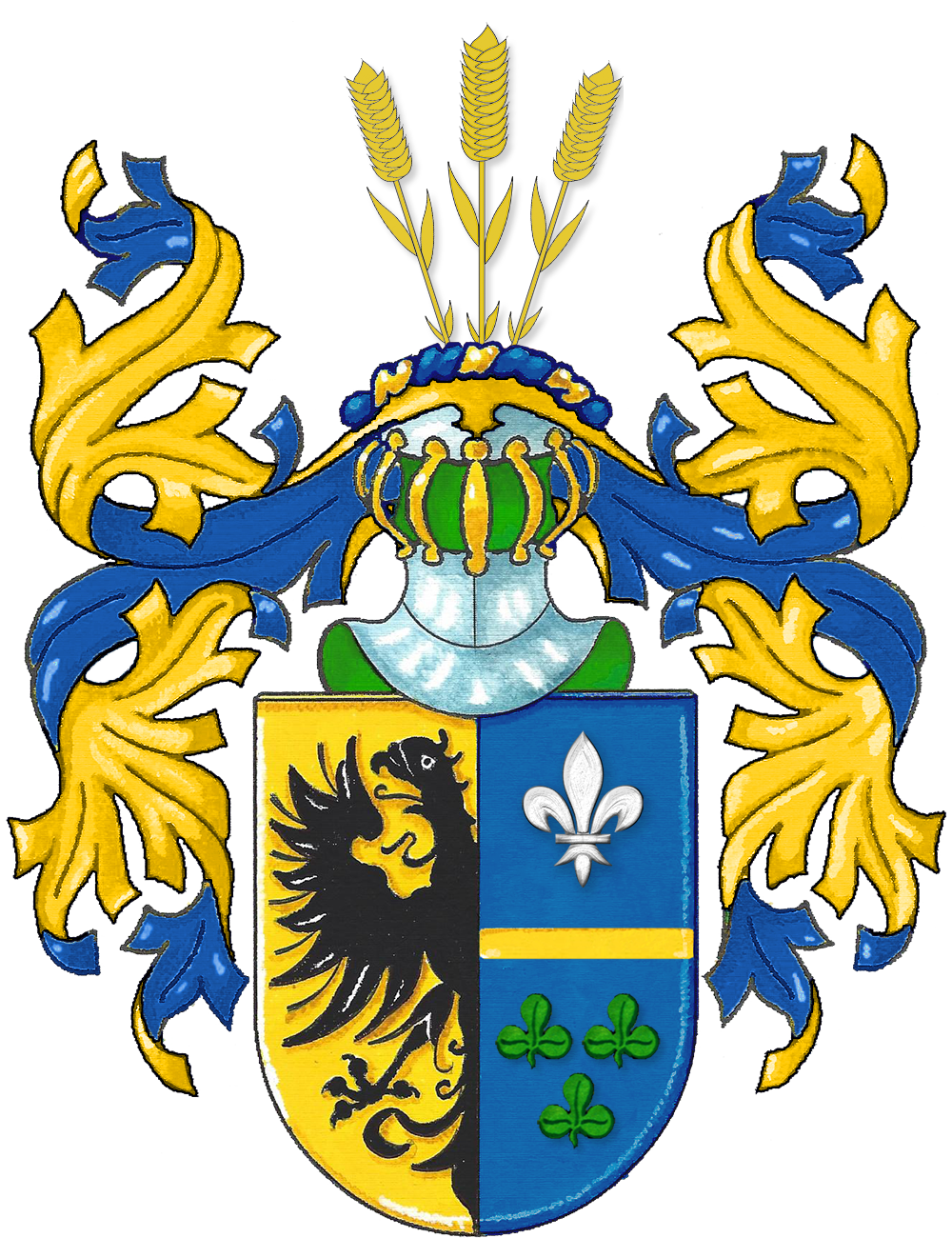 The portraits are mostly from the archive of Eibert Pieters van Popta en Aaltje Noordenbos and are shown almost in scale. The small photos are shown bigger, to make it easier to see who they are.

The fragments in this genealogy are referring to people in the archive of Eibert Pieters van Popta and Aaltje Dirks Noordenbos from Penjum, who initiated this investigation.
This heritage is mostly from the inheritance of Broer Pieters van Popta (VII.1) and Jetske Heins Hilarides. They had four children, of which only one married, and none of them had any offspring.
The archive, that besides a lot of photos of the Popta family also has several portraits of the Hilarides family, ends up with their son Pieter. When he is old and his sisters have all passed away, he hands over the archive to his cousins Eibert en Alie van Popta-Noordenbos. When Pieter comes over for dinner, Eibert and Alie want to go through all the pictures and write down the names of the people in them. But when they start Pieter sees the portrait of his mother Jetske Hilarides and he is so upset that he says: Away with all this, get it of the table. Dinner is cancelled, because Pieter wants to go home. They never get around to do it later. Because of this several pictures of the Van Popta and Hilarides family are nameless. Luckily by comparing these pictures to other photo collections of the Van Popta-Hilarides family many people in these photographs can still be named.

In the introduction of the genealogy Hilarides is stated: who says Penjum, says Hilarides. Here they claim: Who says Van Popta, says Penjum. Both families have farmed the surrounding land for centuries and still do in Lytse Bouhoeke. People say that a Hilarides could walk all the way from Penjum to Arum via Surch without setting a foot on someone else’s lands.

The Van Popta family aspired and strived for similar means, so there was tension sometimes – a small farmers war. The âlde jonges * are related to each other and besides that, they are seemly men and as churchwarden, water regulation board member and town council member regularly have to work with each other and the ûlefellen* have their useful get-togethers. And the little children playing with marbles – alternating between their homes – and the fierljeppende** youngsters usually played a disarming role that surpassed their parents’ boundaries.
(* Alde jonges(= old boys), ûlefellen(= owl skin): nicknames for Penjumers.)
(** Fierljeppen: local sport back in the day were people pole-vault over water, usually water that marks the borders between different landowners)

This family tree serves as a handhold and background information to the above-mentioned archive that Heritage Foundation is composing. The goal is to expand this genealogy over time, so it will grow even more. After all, the past is part of the future.

We appreciate additions and revises, see: formulier.
This page will be translated into English over time.
At the creation of this archive we gratefully used the compiled works of the Van Popta’s by Carel Bouma, Emmeloard, circa 1980.
Kertiersteat Vogels
Kertiersteat Piter van Tuinen
Genealogy Rienks
Genealogy Hilarides